Harris’ understanding of his Golf and the conditions proved decisive over the little nimble Mini of Rupert North who finished second overall.

The Motorsport UK British championship was down to the wire with Owen’s Garry Preston needing to win overall in his Fiat 127 but could only manage third in class in the wet conditions. Mark Hoppe retained the British Championship, his fourth in six years by winning the rear wheel drive class in tricky conditions by three points from Dave Oliver.

Trevor Moffatt won the new car class slowly extending a sixteen point lead over veteran John Wadsworth and Nick Pollitt who was out for the first time this year. Moffatt’s class win enough to secure third in the British championship previously won by father Bill and youngest brother John.

Preston could only manage sixth overall having a very tight battle with Colin Reid, just two points separating them. Wadsworth and Pollitt tied for eighth overall, and Barrie Parker completed the top ten overall in his Westfield.

It was great to see five clubman entries, none of them regular trials drivers, out having a go. Grant Victory won after a tight battle between all five. 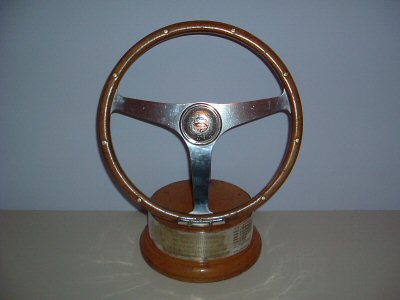