Owen Motoring Club is a car club based in  Walsall in the West Midlands. We cover all types of Motor Sport. Stage Rallying and Sprinting are strongly supported.  We also organise other events including Autotests & Autosolo and Road Rallies. The Ernest Owen Car Trial is a round of the MSA British CarTrial Championships .  We also run The AGBO Stage Rally and The Graham Hill Trophy Sprint.  Most are aimed at the Clubman competitor.

We have an active social scene and we meet every Wednesday evening from 9.00 pm at Great Barr Golf Club, 75 Chapel Ln, Walsall, Birmingham B43 7BA.  See the social section for more details.

Owen Motoring Club has an active classic car section. With a classic car run and attendance at shows such as Lichfield Cars in the Park,  and the NEC Classic Car Show. 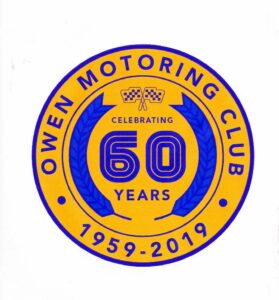